Things are Going to be Different Around Here

I have always found that, ultimately, there are two Fail-Safe ways to change an organization:

“Established leaders have little incentive to change their ways.” 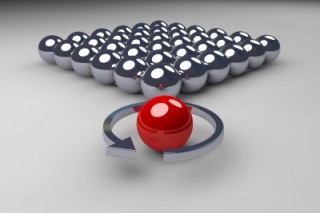 One of my favorite moments in all my 20+ years of coaching came from a participant in a Leadership Institute that I developed for a municipal client several years ago.  I was facilitating the first co-hort of emerging leaders to go through the program, and I believe we were in our third week of the process. (Within a couple of years, this group emerged to represent 77 percent of the city’s senior leadership team.)

A 25-year veteran of the city streets department (he was second in command at that point) was reporting on his seven-day goal, which participants were asked to set after each weekly session.  His story went something like this:

For 25 years, managers had been attending management and leadership training and, upon completion, calling staff meetings to announce to the rank and file that “things are going to be different around here.” It had long become a joke among employees and lower level supervisors.  Whenever a manager says, “Things are going to change around here” it meant that employees were going to be scrutinized and little was going to change.

My client’s goal included calling a staff meeting to assemble his 50 employees first thing on a Monday morning.  Of course, he began the meeting by announcing that he was participating in the City Leadership Institute, that it was excellent so far and he was learning a lot.  Then he threw it on them, “…and as a result, things are going to be different around here.”

He paused for effect, then added these extremely powerful (now historic) words:

“There are three things I want to change about me.”

He then listed three specific personal goals he wanted to focus on, which he believed would make him a better leader.  To top it off, he added:

And on those words he closed the meeting. Three days later, three rank-and-file members of the bargaining unit approached him about their idea to form a team to look at long-identified issues in the department and begin to solve them. They wanted to include the department head and one or two other managers, as well as a group of union members.  Positive organizational change had begun…

One of the basic questions every leader must ask when addressing personnel, team or operational problems is this:

Until this question is thoroughly, honestly and humbly considered, real change has little chance.

For what reason does a leader want to change?  Mike Henry suggests that, “the answer is the
same as anyone else – [to] improve their present or future.”  Perceived need is the primary driver of change.  Many successful leaders identify plenty of perceived need in the people and processes around them, when the real secret for positive change lies within them.

Need For Leadership
View more presentations from Mark S
Join me at the Intersection of Purpose & Now.

A Go-Giver business coach working with leaders whose success depends on the performance and productivity of others. I coach individual leaders and their teams... in small to mid-size businesses, ministries and non-profits... to accelerate their results and achieve dreams by getting past the difficult, strategic challenges of their current realities.
View all posts by pdncoach →
This entry was posted in change, coaching, leadership. Bookmark the permalink.